Since joining the University of Wisconsin-Madison faculty in 1979, Dr. Brown has become one of the nation’s leading authorities on adolescent peer relations, particularly the formation and functioning of adolescent peer groups. He has authored nearly 100 scientific papers and co- edited 5 scholarly volumes, including two award winning books (The World’s Youth, 2002; Encyclopedia of Adolescence, 2011). Dr. Brown is past Editor of the Journal of Research on Adolescence; he has served the Society for Research on Adolescence in several capacities, including a term on the Executive Council. His energetic teaching has won him awards from several campus student organizations. For his contributions in teaching, research, and service he received the U. W. School of Education Distinguished Achievement Award. Dr. Brown’s current research focuses on late adolescents’ adjustment to the transition to college, teens’ use of social media (especialy in early adolescence), and parental involvement in adolescent peer relations. Amy Niu is a PhD student in Human Development Area in the Department of Educational Psychology. Prior to her attending to U.S., she was involved in a volunteer program and working as a middle school teacher in China. This experience helped her to acquaint her with the social dynamics of adolescent peer relations. Working with Prof. Brad Brown and other members of the Peer Relations Study Group, her research interest currently centers on the college transition process, especially the international students’ adjustment to colleges in the US. Her FYP (First Year Project) mainly focused on the association between the social networking sites (SNS) use and international students’ adjustment to college life. By conducting focus groups and interviews with international students on campus, she examined (1) how international students build their identities in online settings (e.g. facebook) as a transition strategy; (2) how they balance their relations with their old friends which are left behind in their home country and new connections which are established after they arrived on campus by participating in different social networking sites. For her master thesis, she will switch the emphasis to freshmen’s roommate relationship and there success of college transition. 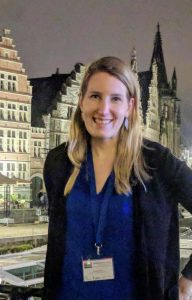 Angela “Angie” Calvin is a doctoral student in the Human Development area of the Department of Educational Psychology at the University of Wisconsin-Madison. Her primary research interests focus on the risks and opportunities of social media use on the psychosocial development of adolescents. Particularly, she is interested in the motivations behind the disclosure and self-presentation processes of adolescents on social media and the implications of social media on relationships with parents and peers. Maame Adomako is a PhD student in the Human Development area. Her professional and research experiences are aimed toward enhancing leadership and diversity among adolescents in education. Her skills include multicultural programming, tutoring and mentoring high and middle school students. Maame is former scholar of the Summer Education Research Program at UW-Madison during which her research focused on the racial and ethnic differences in student satisfaction of college on a predominantly white campus and the implications of social and academic adjustment for students’ satisfaction with college. Currently advised by Dr. Brad Brown her research interests include examining the transition processes among underrepresented students in higher education. Specifically, she explores the impact of social and academic experiences on identity development and achievement. GeckHong Yeo is a doctoral candidate in the Human Development area of the Educational Psychology department. She received her BA and MS in Psychology from the National University of Singapore. Her research interests include parental emotion socialization, adolescents’ emotion regulation and adolescents’ reactions to peer cyber-ostracism. Aygul is a Ph.D. student in the Human Development area of the Educational Psychology department. Her professional experiences involve working with the first-generation, low-income and underrepresented students of color in the Center for Academic Excellence at the University of Wisconsin-Madison. Through these experiences, she became interested in the research on issues involving achievement gap and underrepresented students’ experiences at predominantly white institutions. Her current projects focus on identity constructs as they relate to minority students’ development in college. Specifically, she is interested in the emergence of the self-authoring ways of knowing in underrepresented students on predominantly white campuses. 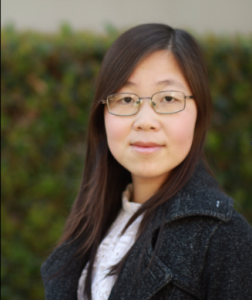 Pauline is a PhD student in the Human Development area of the Educational Psychology department. Her work at UC-Irvine have primarily focused on investigating effective pedagogies for teaching English and discipline-specific knowledge to diverse student learners. Her research interests include examining factors that influence underrepresented students’ experiences in higher education. More specifically, she is interested in students who are learning English as a foreign language. 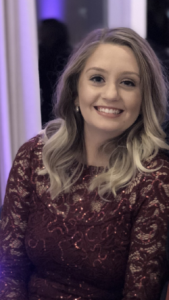 Ashley is a senior at the University of Wisconsin- Madison, pursuing a degree in elementary and special education. She is determined to continue furthering her education after obtaining her undergraduate degree. She spends her free time co-leading two student organizations on campus known as Project 1808 and the Center for Urban Teaching. Project 1808 focuses on creating sustainable education in Sierra Leone, Africa. Ashley is from Racine, Wisconsin. She loves volunteering at Lincoln Elementary School, and is excited to tutor at the Neighborhood House. 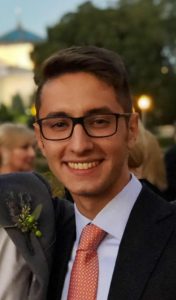 Max is a fifth-year neurobiology major at The University of Wisconsin-Madison.  He hopes to receive a Doctorate in Psychology and become a therapist.  He has experience working in a developmental therapy clinic specializing in children with Autism.  As a senior in high school, he mentored freshman students as a “P.E. Leader” in the Physical Education setting.  In his free time, he enjoys practicing cardistry and cinematography. 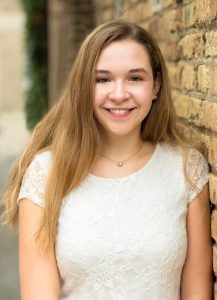 Isa Fernandez is a Freshman from Mukwonago, WI. She went to high school at Catholic Memorial High school in Waukesha and was involved in numerous clubs, activities, and sports, including the school musicals and fast pitch softball. Her major is currently English but it is subject to change. Isa has four siblings, one of which is a Junior at the University of Madison-Wisconsin. Isa is so excited to be involved in this research opportunity and cannot wait to continue learning!
Go Badgers!
Go Pack Go!
Go Brew Crew! 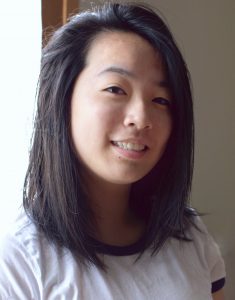 Amanda Zhang is a first year student at the University Of Wisconsin – Madison. She is pursuing a degree in Psychology and the Studio Arts – Photography certificate. Other than doing research through the URS program, she tutors at a local middle school and is involved with volunteering through campus organizations. Amanda also enjoys reading, drawing, doing photography, and playing music in her free time. 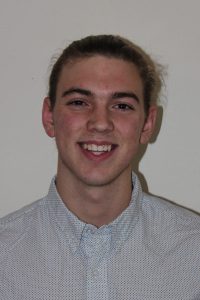 Jake Riffe is a third year student studying Psychology and Spanish. He loves the outdoors, traveling, taking photos, and would rather be in the mountains than anywhere else. His post-graduation plan is to go abroad and teach English through an ESL program. 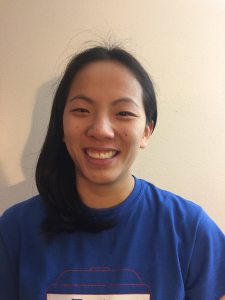 Na Lynch-Shaw is currently a sophomore at the UW-Madison pursing a degree in psychology and the education and educational services certificate. She hopes to become a clinical psychologist working with adolescents. In her free time, Na loves to spend time with her friends and go to concerts in the Madison area. She is also a member of Alpha Phi Omega, which is a service fraternity on campus where members volunteer around Madison. 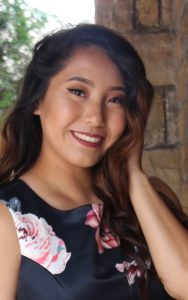 Maimee is a senior at UW-Madison majoring in Rehabilitation Psychology with an Education and Educational Services certificate. She is from Wausau, WI and aspires to become an Occupational Therapist in the future. She works at Midvale Elementary School as a Recreation Inclusion Staff and is a current signatory circle member on the organization Niam Laus Niam Hluas: Hmong Sisterhood. 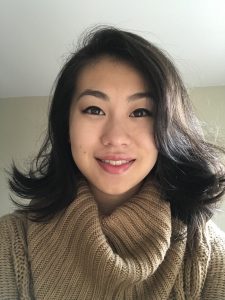 Mai is a first year student. She intends to pursue the international political field in hopes to make a difference for those suffering injustice abroad. Other than participating in the URS research program, she enjoys reading Chinese web-novels and drawing. 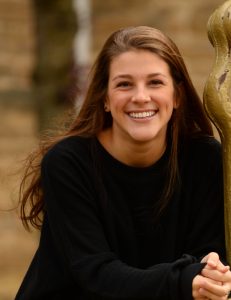 Elise Reiche is a sophomore from Crystal Lake, Illinois. She is majoring in Biology and Life Sciences Communication at UW Madison. She is involved Project Malawi and Homecoming Committee, volunteers at American Family Children’s Hospital, and is super excited to be a part of the research team! When she is not frazzled about school, she enjoys photography, yoga, skiing, and wake surfing. 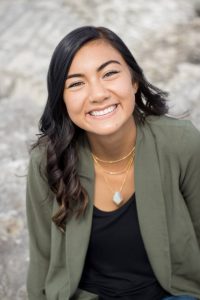 Allison Dujua is an undergraduate from Union Grove, WI. She is studying Psychology and Criminal Justice. She plans to receive her Doctoral in Psychology to become a Clinical or Forensic Psychologist. In her free-time, she loves to read about psychology, play with puppies, work out, drink tea, and cook. She is involved in exercising with Mind. Body. Badger., being a Student Supporter for Badger SPILL, volunteering through Circle-K, and working at the Academic Deans’ office. 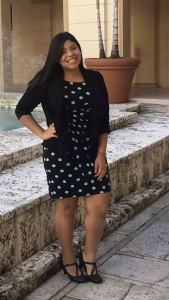 Rocio Velasquez is a Junior from Miami, FL. She received her Associates of Arts degree from Miami Dade College. Currently, She studies Communication Sciences and Disorders and is involved in a variety of clubs and activities, including the Impact movement and Latinx-Student Union.

COOKIE NOTICE. We use cookies on this site to enhance your experience and improve our marketing efforts. By continuing to browse without changing your browser settings to block or delete cookies, you agree to the storing of cookies and related technologies on your device. UW-Madison Privacy NoticeGOT IT!

Any cookies that may not be particularly necessary for the website to function and is used specifically to collect user personal data via analytics, ads, other embedded contents are termed as non-necessary cookies. It is mandatory to procure user consent prior to running these cookies on your website.